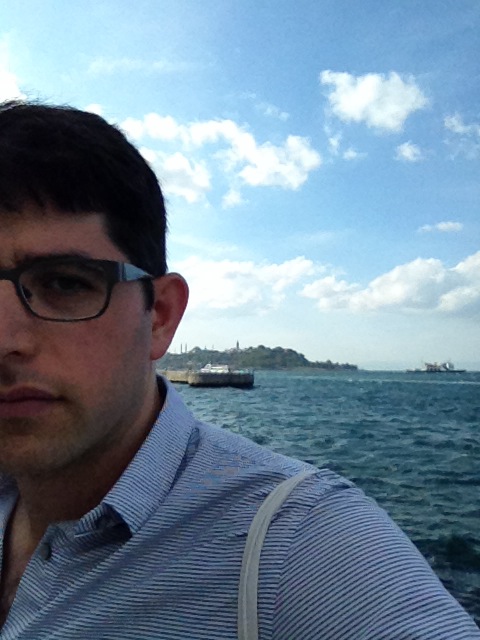 My research examines cross-cultural contacts and exchanges across Asia and Iran, with a focus on the transmission of discourses on authority and sacral kingship during the period of Mongol rule (13th-14th centuries). I am currently working on my book project Politics of Divine Right: The Cult of Chinggis Khan and Sacral Muslim Kingship in Medieval and Early Modern Iran and Eurasia.

The book studies the fashioning of new discourses on authority and legitimacy in Mongol-ruled Iran/Ilkhanate as part of a larger story of how cross-cultural exchanges and appropriations under Mongol rule formulated a shared political language for empire-building projects across Asia, and thus, promoted inter-Asian integration. Based on my dissertation (Mediating Sacred Kingship: Conversion and Sovereignty in Mongol Iran, Michigan 2016), my book examines how Jewish and Muslim (both Shi’i and Sunni) bureaucrats, court historians, scholars, and courtiers experimented at the Mongol court in Iran with Persian and Islamic theological and political paradigms to express, reaffirm, and redefine a Mongol political theology of divine right that invested Chinggis Khan and his offspring with sacral charisma and the charge of world domination. I argue that in their attempt to mediate the Mongol understanding of the Chinggisid ruler as a supreme source of law and divine wisdom, cultural brokers at the Ilkhanid court laid the foundation for a new idiom of sacral Muslim kingship. Furthermore, similar processes also took place throughout the Mongol Empire establishing a shared political legacy for imperial centers across Asia.

Scholars assign the emergence of this new type of sacred and messianic Muslim emperor from the 15th century onwards to the resurgence of Shi’i and millenarian movements or the proliferation of Sufi and occult discourses following the vacuum in authority created by the fall of the caliphate to the Mongols in 1258. Politics of Divine Right argues that it was the Muslim engagement with the Chinggisid claim to exclusive unmediated divine authority, and not the vacuum in authority created by the Mongol invasions, that gave rise to a new understanding about the role of kingship in the Islamic salvation history.

The study is divided into two parts: mediation and integration. The legitimacy of the Mongol dynasty in Iran rested on their claim to their inheritance of Heaven’s blessing through the empire’s founder Chinggis Khan. At the Mongol court in Iran, religious interlocutors - mainly Buddhists, Muslims, and Jews - competed over influence and access to the Mongol rulers by demonstrating their skills in explaining and reinforcing the claims of their patrons to the inheritance of Chinggisid authority. Mediation examines how intermediaries in Iran sought to explain and re-conceptualize four main principles of the dynasty’s relationship with the imperial founder: sacred bloodline (1), the vision of the Chinggisid ruler as a source of law (2), and divine wisdom (3), and the adherence to the Heaven-decreed mission of world domination (4). The second part (Integration) examines this process in a broader comparative view to show how the political legacy of the cult of Chinggis Khan provided a basis for commensurability across post-Mongol Eurasian courts, from Iran and Anatolia to India and China.

Another project, tentatively titled Debating the fate of Chinggis Khan’s soul: religious polemics, court disputations, and the conversion of souls in medieval Iran, investigates imaginations of the thereafter as sites of translation, polemics, and conversion in thirteenth-fourteenth centuries Mongol-ruled Iran. This study examines a neglected aspect of the writings of the famous Ilkhanid vizier Rashid al-Din (d. 1317), his three refutations of reincarnation and Buddhism, in order to explore how Muslim and Buddhist afterlives were presented to the Mongol rulers of Iran. I examine Rashid al-Din’s disputations of metempsychosis and his arguments for corporal resurrection within the broader context of his historical and theological writings, especially his “Life and teachings of the Buddha,” and his interest in prophetic souls and their ascension to heaven within a religious comparative perspective. Through Rashid al-Din’s theological-polemical (kalam) works, I explore how debates on whether one’s soul would be reincarnated or resurrected or the efficacy of ancestral veneration became the center-stage for inter-religious and inter-confessional polemics and rivalry, as well cross-cultural dialogue and exchange in late medieval Iran.

As a member project, I will focus on Rashid al-Din’s theological writing as a source of prosopographical information about intellectual circles and rivalries, and inter-confessional and cross-religious interactions at the court of the Ilkhan Öljeitü (d. 1316). I am also interested in developing projects on Buddhist mobility in the Ilkhanate and on networks of Jewish doctors between the Ilkhanid and Mamluk courts.

2016:  PhD, The University of Michigan, Department of History

2008-9: Research assistant for The Interdisciplinary Study Group on the History of Horses in the Levant, Hebrew University of Jerusalem (Reuven Amitai)

2007-9: Research assistant for The Historiography of the Mongol Conquest of Baghdad, Hebrew University of Jerusalem (Michal Biran)

2007-8: Administrator for The Center for the Study of Christianity at the Hebrew University of Jerusalem

2005-7: Grader, “Introduction to the history of Christianity,” Department of Comparative Religion, the Hebrew University of Jerusalem

2017: “When the Greatest Empire in History Reintroduced the Buddha to Iran.” The Social History Workshop (blog), Haaretz (paper). Published May 25, 2017. (in Hebrew)

“Theologies of Auspicious Kingship: The Islamization of Chinggisid Sacral Kingship in the Islamic world,” Comparative Studies in Society and History

“A Mongol Mahdi in medieval Anatolia: Reform, Rebellion, and Divine Right in the post-Mongol Islamic world,” Journal of the American Oriental Society

An Afterlife for a Mongol Khan: Chinggis Khan’s Heaven and the Making of Transcendentalist Muslim Kingship. A manuscript expanding on my dissertation.

Along the Mongol Silk Roads: Merchants, Generals, Intellectuals. Co-edited with Michal Biran and Francesca Fiaschetti. Under contract with University of California Press.

“Jews and Shiʿis in medieval Baghdad and the Ilkhanid court: between conversion and confessionalization”

2017: “How the Dead Mattered in Ilkhanid Iran? The local and the global in Rashid al-Din’s three refutations of reincarnation,” Networks Regions, and Institutions in Mongol Eurasia: a Meso-Historical Analysis, Jerusalem, Israel.

2016: “Rashid al-Din’s epistles against the transmigration of Chinggisid souls: Islam, Buddhism and the polemics of Mongol sacred kingship in medieval Iran,” Association for Asian Studies, Seattle.

2016: “Islam, Buddhism and the Mongols: Debating the Fate of Chinggis Khan’s Soul in Medieval Iran,” Forum of Research in Medieval Studies, Ann Arbor.

2015: “A Jewish Vizier and his Fables: Sa’d al-Dawla, the Akhlāq-i nāṣirī and Mongol universal kingship between Buddhism and Islam,” the seventh biennial convention of the Association for the Study of Persianate Societies, Istanbul.

2014: “Sufi Ritual and the Mongols: the Sama’ in Ilkhanid Iran,” Mobility and Transformations: Economic and Cultural Exchange in Mongol Eurasia, Hebrew University of Jerusalem.