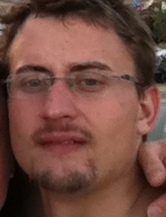 My academic interests include cultural, political, economic and maritime history of medieval Iran and Iraq, specifically in the Mongol period.

Personal Project :Merchants and Ilkhanid Trade according to the Biographical Dictionary of Ibn al-Fuwaṭī (1244-1323)

Kamal al-Din 'Abd al-Razzaq b. Ahmad, known as Ibn al-Fuwaṭī, was a native of Baghdad who was enslaved by the Mongols after the fall of Baghdad in 1258. He later joined the Mongol service and worked as a librarian at the Maragha observatory (1261-1280) and at the Mustansiriya library of Baghdad (1280-1313).

Ibn al-Fuwaṭī was also an historian who traveled between Azerbaijan and Iraq during his life and wrote several works of history and biography. His only surviving work is the "majmaʿ al-ādāb fī muʿjam al-alqāb," an Arabic biographical dictionary that contains 5,291 abbreviated and fragmentary entries about all sort of people of his period.

This often-neglected work is a unique source that provides Ilkhanid point of view for cultural and economic exchanges in the Mongol Iran, the state of Iraq & Baghdad under Mongol rule and for Ilkhan-Mamluk relations in a time of war.

My thesis examining trade activities and cultural reciprocity within the context of the Ilkhanate, based on the merchants and their relatives whom Ibn al-Fuwaṭī mentioned in his the biographical entries. Because only a small portion of this masterpiece has survived, this study also includes information gathered from other Persian and Arabic sources.