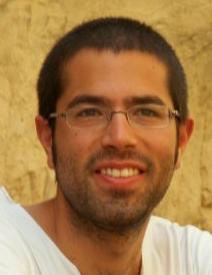 I am an M.A. student in the department of Islamic and Middle Eastern Studies, the Hebrew University of Jerusalem. My main academic interests are Medieval Persian historiography and Medieval history of Iran, specifically Jewish history during the pre-Mongol period. I am also very interested in Early Judeo-Persian and Early New Persian philology, particularly of a corpus of texts that received the title “the Afghan Genizah.” These texts, which were reportedly found in northeastern Afghanistan and dated to the 10th and 11th centuries, provide unique information about the historical, cultural, social and religious background of the Jews in historical Khurāsān. Moreover, these texts form a valuable basis for linguistic studies concerning the development of the Early New Persian, and in particular of Early Judeo-Persian. My M.A. thesis focuses on the legal documents and letters – written in both Early Judeo-Persian and Early New Persian – which are found in the National Library of Israel.

2011-2013   M.A., Dept. of Islamic and Middle Eastern Studies, The Hebrew University of Jerusalem. Thesis topic (temporary): “The Jews of Khurāsān in light of the ‘Afghan Genizah’ (10th-11th cent.).” Advisors: Prof. Shaul Shaked and Dr. Julia Rubanovich (to be submitted during 2014).

2010-2011   Research Assistant to Prof. Ron Shaham (Dept. of Islamic and Middle Eastern Studies), The Crisis of Authority in Islamic Law from the late 19th century to date.

2013   The Center for Research on Bukharan Jewry Award, The Ben Zvi Institute.