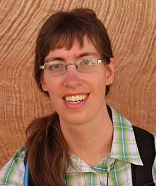 This project will encompass legal personnel and institutions in the Mongol empire.

In terms of legal personnel the project will collect and translate biographies of judges (jarghuchis) in the Mongol empire. Thus, the project will make an in-depth study of jarghuchis’ backgrounds such as their place of origin, ethnicity, and previous career. It is known that many jarghuchis were former members of the guard (keshig), but beyond this many details remain to be analyzed. In addition, the positions held concurrently and subsequently to the position of jarghuchi can elucidate the importance of the institution of jarghuchi, the extent to it was a defining moment in officials’ careers or conversely, the extent to which the role was perceived more in terms of functionality rather than prestige.

Secondly the project will study in depth the legal institutions which played such a great role in the Mongol empire. Many princes, amirs, administrators and even khans stood before the Mongol court of trial or jarghu. However, the jarghu has not been studied before in depth in terms of legal procedure. This project will deepen my research on this institution, leading to at least one major and further minor publications on the procedure of the jarghu, and on Mongol perceptions of legality and justice. It will examine how the jarghu changed over time in order to fulfil the needs of the empire and of the four khanates. This cannot be done without examining also changes in the institution of the quriltai, which was likewise a legal institution and which helps to explain many of the key principles of legal trials in the Mongol empire.

My research interests encompass all aspects of law in the Mongol empire, including Mongol substantive laws, procedural laws, and interaction with other legal systems. My research aims at understanding how and why Mongol laws influenced the laws in the territories they conquered, and how the laws of subject peoples in turn influenced the Mongols.

Connected with this is my interest in how the Mongols’ nomadic heritage shaped their worldview and their institutions, whether legal or other institutions. As these institutions developed in the Mongol empire, I am interested in how they continued to be shaped by values and ideologies held by the Mongols in pre-imperial times.

Faith and the Law: Religious beliefs and the death penalty in the Ilkhanate, Th​e Mongols and the Transformation of the Middle East, Brill, forthcoming 2016.

Clash or compromise? Mongol and Muslim law in the Ilkhanate (1258-1335), Proceedings of the 7th European Conference of Iranian Studies (ECIS 7), forthcoming 2016.

‎“How to Be Appointed Judge under the Mongols and How to Get Dismissed: The ‎Vicissitudes of Doing Law in the Yuan Dynasty,” seminar on "Migrations and Knowledge ‎Transfer in Mongol Eurasia", Hebrew University of Jerusalem, 15 April 2015‎.

“Bureaucrats, Qadis, and Mongols: How Persian Elites Reacted to Mongol Law and the Consequences for Governance in the Ilkhanate,” International Medieval Congress, Leeds, 7-10 July 2014.

"Faith and the law: cultural exchange and religious influence on the law under the Mongol empire." WOCMES, Ankara, 18-22 August, 2014.